LAYOUT: The Zagora Gazebo is accessible from the street, as well as from the restaurant, so its not a private area. The whole space is covered in Layered shade cloth with the main feature the raised metalwork gazebo. Water features on both ends also cools down the space a bit, but usage of the function area is weather dependant. 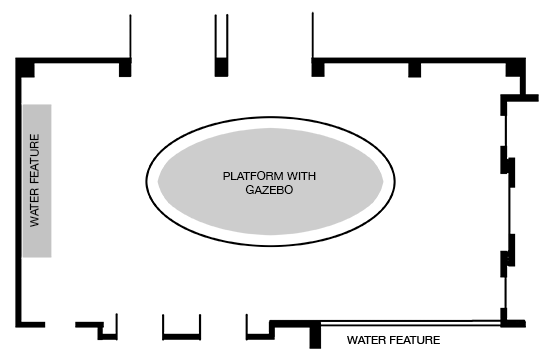 Please Note: LIMITED Private events can be arranged. Technical details for each venue are available on request. 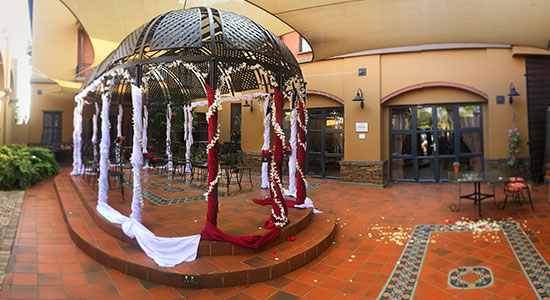 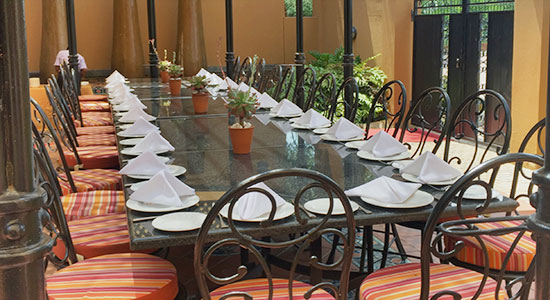 Depending on how you setup the area you can seat a main single table area for 18 pax. However, if you seat on the outside perimeter, you can add about six extra 4 pax tables.

Should you decide to entertain with a Cocktail Setup, the maximum setup will be for 60 pax.

The Zagora Gazebo, set up in Cinema Style, can host 60 pax. When set up in this manner, it is usually with seating surrounding the raised Gazebo, and the Gazebo serving as a Wedding Chapel, or similar function.